You are here: Home » Archives for charity

Patty Sheehan, World Golf and LPGA Hall of Famer, in partnership with The Legends Tour, the official senior tour of the LPGA, is set to bring the 2nd annual Patty Sheehan & Friends Pro-Am to Hidden Valley Country Club June 1, 2012. The official Pro-Am features a field of 20 LPGA Legends.

In 2011, the inaugural Patty Sheehan & Friends was a rousing success thanks to the Pro-Am teams, sponsors and attendees. The tournament boasted a field of 40 LPGA Legends. Christa Johnson captured the win with a 139 total shot over the two-day tournament and walked away with a $35,000. Tournament charities including First Tee of Northern Nevada, Step 2 and CAAW each received a check for $5,000. In 2012, the Patty Sheehan Foundation will be the beneficiary supporting women and children charities in northern Nevada.

“A second year is a milestone for our tournament and we’re thrilled to bring the ‘legends’ of women’s golf back to Reno for an incredible one-day Pro-Am,” Sheehan said.” “The northern Nevada community has the opportunity to experience fantastic golf as a spectator or as a player in the Pro-Am with all proceeds going to the Patty Sheehan Foundation, an organization I founded to give back to my community.”

To purchase a Pro-Am team or for general tournament information for the 2nd Annual Patty Sheehan & Friends Pro-Am visit www.pattysheehanandfriends.org. Harrah’s Reno will serve as the host hotel for the event, for more information visit www.harrahsreno.com.

Photos from Putt with Patty

Tweet
On May 13 Patty Sheehan headed out to The Summit’s putting green for the Putt with Patty Charity Challenge and Meet and Greet. Attendees had a chance to putt with Patty for a $3 donation to the Patty Sheehan Foundation. The event was a a warm-up of sorts for the first annual Patty Sheehan and Friends Legends Tour Golf Tournament, Juen 2 – 5, 2011. Here are a few photos from the event. 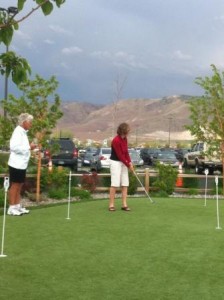 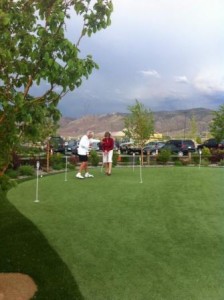 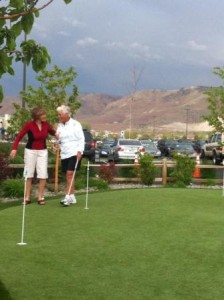